There are two satisfying things about this image. The first being that the Belgium team has made it through to the World Cup and will be putting a very strong challenge in for lifting the trophy. Secondly, we are spared from Fellaini’s homage hair-do to Big Bird from Sesame Street. 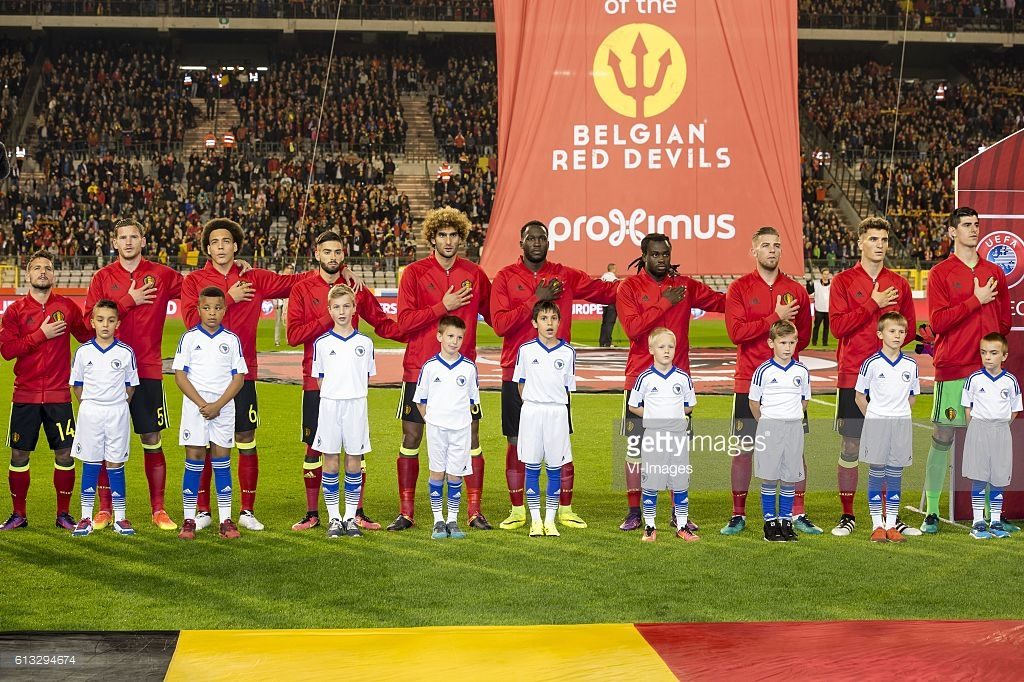 It seems lessons have been learnt as they are now currently the 6th favourite to lift the trophy sees the current Belgium team at an average of 12/1. Placing them above the likes of England, the hosts President Putin and Highest goal scorers Australia who have thus far scored 48 major event goals.

Having made 12 appearances in the World Cup and ranking 5th place in the FIFA list, it’s only been a few years since a seemingly surprising resurgence of Belgian football. The Tournament hasn’t been the kindest experience, highlights include a famous 1-0 win over Argentina in ’82 when they topped the group stages, but it wasn’t until 2014 that this sleeping giant started to stir.

A New Breed of World Leaders

Benteke, Lukaku, De Bruyne, Kompany, Eden Hazard, Mirallas and the list goes on. These are players which could easily walk into a first 11 squad for another nation, they are key players at club level and since the 2014 World Cup, the players have got better, much better. Now, this tribe of young men are in their prime, in another 4 years people will question their age, though they will ooze experience a lot of pundits will be saying this World Cup may be Belgium’s best chance to make a very devastating impact and show the favourites above them a thing or two about new-age football.

Putting money down on the Belgian squad could be a sound investment, with a team young, exciting and more importantly working in supreme harmony, they average a goal every game having played 41 and scored 52 it will be interesting to not only see the odds for highest scoring team but perhaps the golden boot for a certain Lukaku. Even the player providing the most assists in the tournament for a Mr. De Bruyne.

The Belgium team are currently basking in a 12 match unbeaten run and the chances of this continuing through to March and beyond when the friendlies start up again, are very likely and could just be the additional boost the team needs before events kick off in Russia June 14th. So we would put the odds of Belgium lifting the trophy at 7/1, above the likes of Argentina and France, but on par with Spain. The odds of Fellaini having a stupid hair-do for the tournament 1/2 odds on favourite!