The second part of the Manchester City vs. Liverpool doubleheader will take place on Tuesday evening at the Etihad. The first game between the two English teams ended in Liverpool’s favor, they won it 3:0, meaning that Manchester City will have to play much better if they want to keep their Champions League dream alive.

Pep Guardiola’s team had a hell of a week. After losing 3:0 to Liverpool in the Champions League on Wednesday, they lost to Man United on Saturday. In fact, the game with the Red Devils had seemed like an ideal opportunity for them to get in the right mood ahead of the Liverpool clash. Unfortunately, the things went horribly wrong in the second half of the Manchester Derby.

If you didn’t watch the game, let me remind you that Man City had a 2:0 lead at the half-time break, but an amazing performance by Paul Pogba and his teammates turned the game around, making the final score 3:2 Man United. That was the second time in a row that Manchester City have allowed over two goals, something that Pep Guardiola had never experienced in his whole career up to that point.

Obviously, Guardiola is the man in the spotlight now. He needs to do his best to lift the confidence of his players and get them ready for the clash with Liverpool. Surely, it won’t be easy to beat the Reds, but they’ve already done it this season in the Premier League. Last September, Man City beat Liverpool 5:0 at the Emirates. But, to be fair to the Reds, Sadio Mane got a red card in that match, while the score was still only 1:0.

Last weekend, Jurgen Klopp decided to give a break to some of his key men, but this team still managed to win a point against Everton at the Goodison Park. Some may argue that Klopp had no other choice but to rest them in order to get them physically fit for the duel with Manchester City. It’s because Liverpool is having some serious problems with injuries, so he needed to make sure his key players don’t get injured.

Mo Salah is, of course, one of those players. He got injured in the clash with Man City, but after taking a break on weekend, he seems to be ready to play. Although, Klopp will probably keep him on the bench and let him in only if his team gets in a serious need of goals.

Unfortunately, the same is not the case with many other players, who are bound to miss the clash. For example, Lallana, Emre Can, and Matip, are definitely out due to injuries, while Jordan Henderson will miss the game because of the yellow-card suspension.

I think Man City are bound to win this match, but I’m not sure will they be able to get a result that would take them to the semifinal of the Champions League. Surely, Man City can score 3 or more goals, but I’m not confident that their defense can keep a clean sheet. That’s why my advice is to stick to goals when betting. It’s almost certain that we’ll see more than two of them on the match. 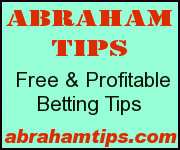